My Interest in Fashion Design and Illustrstration

Ghana’s sensational actress Pascaline Edwards has disclosed her fondness of fashion sense which has now made her a new stylistic fashion designer in town. 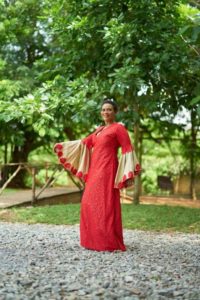 She said fashion has been her first love since childhood and has over the years developed a strong desire for being a top-notch fashion designer in Ghana.

She further reiterated that, fashion has persistently been her dream but rather, acting just erupted and overshadowed it.

Acting and Designing, which does she prefer?

Despite her activeness in the Ghanaian movie industry, her relentless effort to take over the fashion industry has been her number one priority to draw focus on and  that acting forever remains with her irrespective of her fashion designing ambitions she loves to do more.

Pascaline Edwards revealed that she still play major leading roles in movies and uses her fashion humor to require a suitable costume for the movie shoot.

The actress said she turns to create her own costume in movies when the movie director agrees to her submissions to use her fashion sense to create a befitting dress for the act. 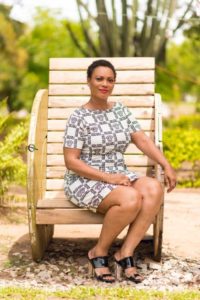 “In my family, everyone knows how to sew perfectly and it is God given talents to the entire family where no one undergoes any training to become a good fashion designer” she revealed.

Her Talent from God?

In her case, she said despite being gifted naturally to do fashion, she went to a six-month intensive fashion school at Riohs Originate Dzorwulu, Accra in 2017 to enable her produce extraordinary labels to fit modern fashion trends.

Pascaline proudly added that her curiosity brought out the best in her fashion design survey. She commented that since the acting industry is no more vibrant like it used to be, an actor must not depend on only acting as a means of livelihood.

How many jobs does she have?

The pretty looking actress further stated that she is a woman of three jobs which are Actress, Exercise Medicine Practitioner and Fashion Designer.

She added that, if your time of success is not yet due, no matter the frantic efforts you put in to achieve a remarkable success it will never work instead one must keep exploring his talent.

Pascaline advised that, the bible clearly made it known to us that God created man in his own image hence human beings have what it takes to do greater exploits with their gifted talents from God because His spirit dwells in us.

The promising actress advised resourced personnel to keep spreading their branches by training more youths to take up developmental roles in shaping the nation.

She explained that, as celebrities and popular citizens must be able to groom more youth to take future roles when they are no more in rule.

Also, the hardworking actress said that she will soon study a course in sculpture. She said, the moment you say “I can do it”, it motivates you to do more. 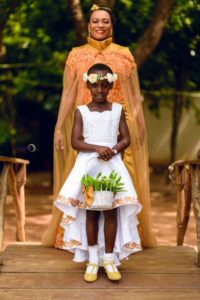 Pascaline bemoaned the attitude of stereotyping where the youth assign a specific job for a particular gender.

The movie star again noted that every job is important so far as it fetches an income and makes one independent.

She however admonished the youth to be careful with whatever they do in their youthful stages because what you do today is a history you are writing for future.